The popular Unity game engine has a sample game, Space Shooter, a top down arcade shooter. 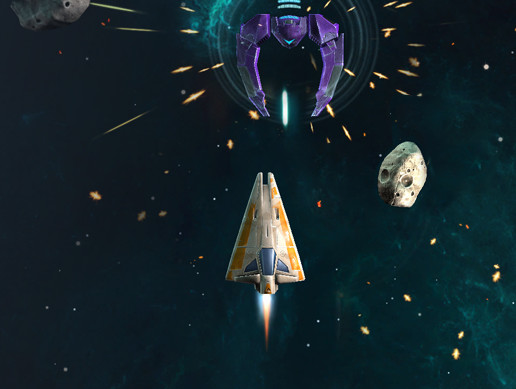 We’ll use this game to demonstrate how to integrate Unity games with SymGym. In our game we’ll use the position of the arm levers to determine whether to move the player’s ship left or right. The difference between the two positions will determine the direction and speed of the ship. For example if the left lever is down and the right lever is up. The ship will move to the left.

We’ll use pedal velocity to fire the player’s shots. If the velocity of either pedal is above a specific value (determined by play-testing), we’ll fire a shot.

Download Space Shooter from the Unity Asset Store and install.

Download the the SymGym Game API. In the game library copy the “symgym_api-.1x-release.aar file to the Assets folder of your game and restart Unity.